Hello and welcome to the official PHAT Spice blog.

The PHAT (Pretty Hot & Tasty) Spice blend was a concept that Susan and I came up with together. The flavors included in the mixture are a blend of Indonesian and Pakistani origin. We originally passed this mixture out to our friends and family as a wedding gift. The feedback was tremendous. We would love to hear more and find out just how folks are using the mixture.

So, please post your comments, stories, and recipes around your use of the PHAT Spice blend.

Oh and if you would like a free sample please email us at
phatspiceblend@gmail.com

Deep in the Heart of PHAT Spice

This blog post is all about some yummy down south comfort food only the way some transplanted Asians could make...

Being half Indonesian with deep southern roots in Texas, mostly Lindale and Tyler from the time I was 10 to 24, I spent a fair amount of time in learning the ways of comfort food and southern cooking. Boy do I love it!! Well the big city and healthy living have mostly taken over, but every once in a while I receive a special request for some home cooked southern cuisine. It started out with Chicken Fried Steak and it just kept going and going... This is a journal entry of all of the recipes we created last night. This was a dinner for 7. 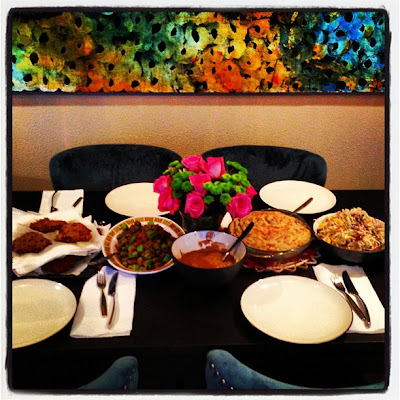 -In one bowl mix all eggs and milk
-In another bowl mix flour and 1/2 Cup PHAT SPice
-Sprinkle remaining PHAT Spice on both side of the steaks and rub in
-In a large pan, heat oil to Medium(about 1 in deep)

PHAT Gravy
With the remaining Oil from the steaks, keep heat at medium.
This is slow process and the key is small amounts at a time and KEEP STIRRING!

Scrub and cut potatoes into halves or quarters
In a large pot, boil the potatoes until you can cut them with a spoon
Drain potatoes and place in a large bowl
Add garlic, 1 stick butter, and PHAT Spice, 1/4 Pint HWC
With a mixer on low, mash all ingredients and check consistency. Put in more HWC as needed to get desired fluff. Add Green onions and salt to taste.
Mix one more time

In a wok, heat oil to medium
Fry in batches until golden brown

Here are a couple of other things we made without PHAT but were really Yummy!

Corn on the Cob
I bought 8 ears with the husk on
With limited time to cook them, we ran them under some water then wrapped them in foil
Put them on the grill on medium heat, about 7 minutes each side or until the foil starts turning black
They were really juicy and sweet... It was a good save! 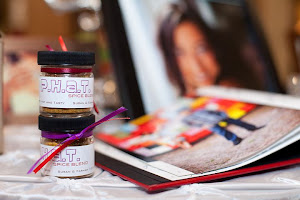